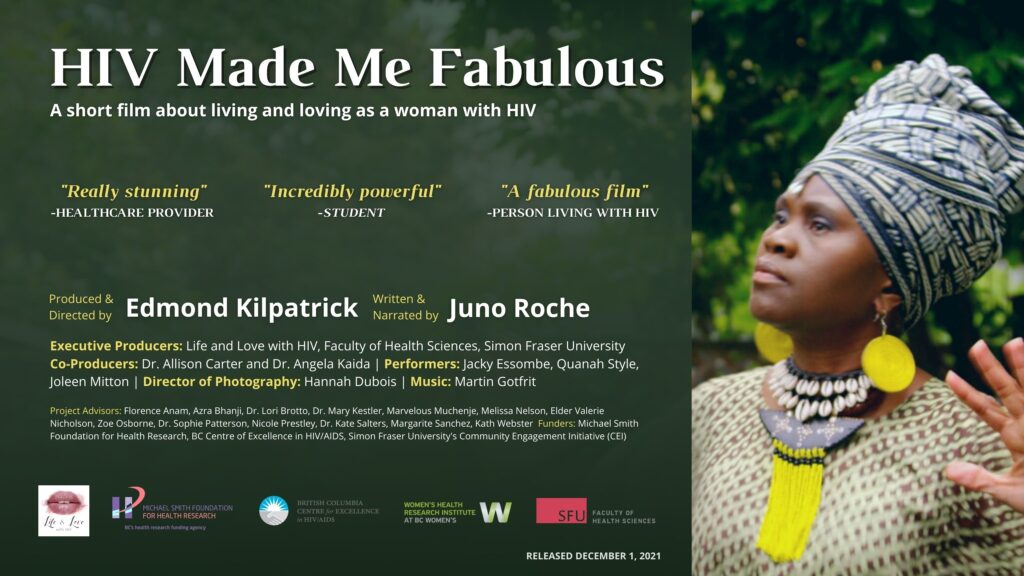 Please join us November 26, 2021 for the premiere of HIV Made Me Fabulous, a World AIDS Day event in collaboration with CATIE and GNP+, to raise awareness and show support for women living with HIV.

Research shows that people living with HIV who have an undetectable viral load cannot transmit the virus to their sexual partners. Despite such remarkable advances in medicine, people living with HIV continue to face profound forms of stigma and violence. This affects women differently than men and can have long-term negative consequences.

HIV Made Me Fabulous is a short film directed by Edmond Kilpatrick that tells the personal story of Juno Roche, a writer, activist and trans woman who has been living with HIV for more than 25 years. The film experience is embodied, featuring candid storytelling accentuated by visual cues and dance performed by three women.

In addition to screening the film, this online event will feature an interactive discussion with women living with HIV and women working in the global HIV response.