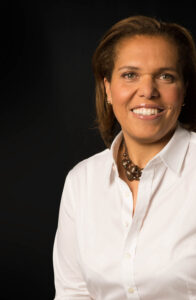 Gina Ogilvie, MD MSc FCFP DrPH is a Tier 1 Canada Research Chair in Global Control of HPV related diseases and prevention, and Professor at the University of British Columbia in the School of Population and Public Health. She is also Senior Public Health Scientist at BC Centre for Disease Control and Senior Research Advisor at the BC Women’s Hospital and Health Centre. She was previously Medical Director of Clinical Prevention Services at BC Centre for Disease Control where she provided both operational and scientific leadership to an integrated public health unit with over 100 staff.  This unit focuses on providing public health leadership and service in STIs, HIV, Hepatitis and Tuberculosis provincially, nationally and globally. Dr. Ogilvie is currently principal investigator on over 10 million dollars in research grants and she has received funding from NIH, PHAC, CIHR, Michael Smith Foundation for Health Research, Canadian Foundation for Innovation and private foundations including BC Women’s Hospital Foundation among others.  Her research is focused on both the public health and clinical aspects of reproductive health, sexually transmitted infections, HPV screening and the HPV vaccine, and her findings have been highly influential in setting and directing health policy both in Canada and globally. Among other research projects, she is principal investigator for the ASPIRE program, a global health initiative conducting research and providing women-centred, innovative solutions for cervical cancer prevention and reproductive health in sub-Saharan Africa.  She also leads HPV FOCAL, which is a randomized trial of over 25,000 women comparing primary screening for cervical cancer, and QUEST, a pragmatic randomized trial defining the effectiveness of reduced dosing of the HPV vaccine.

She has published over 150 peer reviewed manuscripts and has provided advice and consultation to national and global institutions, including the Canadian Partnership Against Cancer, Public Health Agency of Canada, the World Health Organization and Ministries of Health globally on STI, HIV and HPV vaccine policy and programming.  She speaks widely at international and national research and education conferences, and has supervised medical students, residents, and graduate students throughout her career.  Dr. Ogilvie received her MD from McMaster University, and completed a specialty in Family Medicine and a fellowship in Population Health and Primary care.  She received her Master of Science at UBC, and her Doctorate in Public Health from the University of North Carolina Gillings School of Global Public Health. Dr. Ogilvie is the recipient of several honors, including Michael S. O’Malley Alumni Award for Publication Excellence (2019); YWCA Woman of Distinction (2018); President’s Award, Children and women’s Health Centre of BC (2018); Options for Sexual health Sexual Health Champion of the Year (2018); Provincial Health Officer’s Award for Excellence in Public health (2015); Researcher of the Year, College of Family Physicians of Canada (2014); YWCA Women of Distinction Nominee (2014); Distinguished Achievement in Research, Faculty of Medicine, University of British Columbia (2014). In 2019, she was part of the Governor General’s Official Delegation to the 25th Commemoration of the Rwandan Genocide. She is one of the inaugural recipients of the highly prestigious CIHR ‘Foundation Grant’ awards, given to leading scholars to pursue 7 years of research in a field.