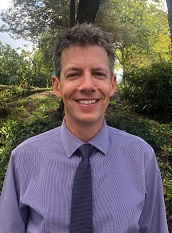 Dr. Blair Butler obtained his medical degree from Memorial University of Newfoundland in 1999 and completed his post graduate training in Obstetrics and Gynaecology there in 2004.  During his residency he completed a Diploma in Clinical Epidemiology.  Following his residency, he pursued a fellowship in Maternal-Fetal Medicine at Dalhousie University which he completed in 2006.  In Halifax, he met his wife who was from Tsawwassen.  After fellowship they travelled extensively and then moved to West Coast.  In October 2015, he took on the role of Medical Lead, Ambulatory Medical Services at BC Women’s Hospital.  Since November 2018, he has been a Clinical Associate Professor of Obstetrics and Gynaecology with the Division of Maternal-Fetal Medicine at the University of British Columbia.  He maintains a balanced academic career and equally enjoys research, teaching and administrative roles.  He has an active family life with 3 children.