However, there is a lack of clinical guidance available to assist healthcare providers in ruling out non-infectious conditions in this population, which means that antibiotics are prescribed at greatly varied rates throughout the country.

Overuse of antibiotics in infants can lead to drug resistance and other adverse health outcomes, and there is little known about the number of NICU babies who have developed multi-drug resistant bacteria and their outcomes. Dr. Ting emphasizes that this is a serious problem, as prolonged use of antibiotics without evidence of infection can lead to adverse outcomes in neonates.

With the support of Canadian Neonatal Network and engagement of a multidisciplinary team of experts from epidemiology, microbiology, paediatric infectious disease, and pharmacy, Dr. Ting is gathering expertise from throughout the country to begin surveillance in NICUs. The first phase of this work will focus on understanding the extent of the problem – that is, the amount of babies who have developed multidrug-resistant bacteria, and how hospitals are prescribing them antibiotics.

With the knowledge gained throughout this research, Dr. Ting and his team will develop a NICU-specific antimicrobial stewardship scheme. They will tap into the existing infrastructure of the Canadian Neonatal Network and adopt the scientific process they developed known as “EPIQ” (or Evidence-based Practice for Improving Quality) to translate their findings and work toward national implementation of their best practices. 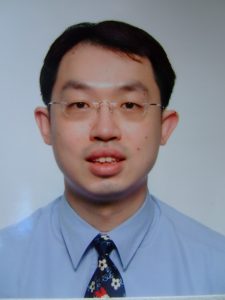 Dr. Ting hopes the research will lead to improved neonatal outcomes, and a decrease in drug resistance in Canadian NICUs in long run.