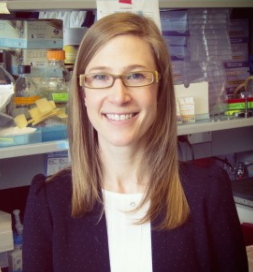 I completed my BSc (Hons) at the University of Toronto at Mississauga in Forensic Science and Biology. I first became interested in research working with fruit flies in the laboratory of Prof. Marla Sokolowski. I then moved on to the laboratory of Dr. Stephen Goodwin  at the University of Glasgow (his lab later re-located to the University of Oxford), where I was interested in understanding male-female differences in the brain that led to the sex-specific production of courtship song, an important step in the courtship ritual performed by the male fly to interest the female fly in mating. This work led to publications Rideout et al. (2007) and Rideout et al. (2010). For my post-doctoral research, I joined the lab of Dr. Savraj Grewal at the University of Calgary. Here I became very interested in the regulation of growth and metabolism during development. My work in the Grewal lab led to these publications: Rideout et al. 2012, Marshall et al. 2012, Ghosh et al. 2014 and Rideout and Grewal (2015). In my own lab, I am combining my PhD and postdoctoral research to investigate how male-female differences in cellular metabolism leads to sex differences in body size, stress responses and aging.

When I’m not in the lab, I love being outdoors, and take advantage of the many opportunities close to Vancouver to hike, scramble and ski in the mountains.