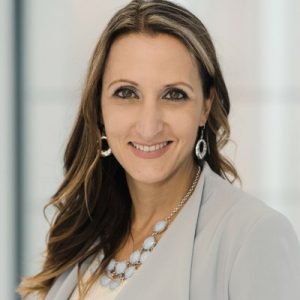 In November 2019, the WHRI released its new Strategic Plan. The new plan prioritizes equity and inclusivity, and shares our commitment to respect, work alongside, collaborate with, and support the health of women across the LGBTQIA2S+ spectrum. The plan also announced our new core values, among which are equity, diversity, and inclusivity.

Behind these statements is the recognition that women’s health research is needed by more than just cisgender women (women whose gender aligns with their assigned sex at birth). Trans women are often left out of women’s health conversations, and trans men and non-binary people also have health needs that our work addresses.

Over the next few months, we will be sharing examples of work carried out by our membership that reflect this commitment.

Last month, we wrote about the EC Ella study. In that piece we explored a few of the reasons it’s important to challenge cisnormativity and the meaning of the ‘W’ in women’s health research. If you haven’t read it yet, we encourage you to start there.

Her program of research, like WHRI, has a primary focus on women’s health. Their work encompasses clinical and behavioural research in women’s sexual health, examines lived experiences of sexual dysfunction and how it differs from the sexual orientation, asexuality, and operates with an overarching goal to find ways to cultivate human sexual potential.

But despite its gendered roots, Dr. Brotto is taking action to promote inclusivity in her research practice and design. The driver for this change, she explains, is that there is common ground between the oppressions and silencing that women and gender diverse persons face when it comes to their health.

“I think it’s important [to be inclusive], especially for those less represented groups – arguably, marginalized groups – because they tend to be underrepresented in research,” she explains. “Because these numbers tend to be small, it means that when researchers end up publishing their findings they’re often told by reviewers and journal editors to remove those very small samples.”

Over time, this means that research involving these groups is under- or unreported, perpetuating gaps in knowledge. Dr. Brotto offers a method that can help address this issue: oversampling. In her words, oversampling means “making concerted and deliberate efforts to recruit from typically difficult to reach or smaller populations.”

As an example, Dr. Brotto points to asexuality, an area of study within her research. Asexuality (a sexual orientation in which a person “does not experience sexual attraction or an intrinsic desire to have sexual relationships”) has a population prevalence of about 1%. So, oversampling would mean that people identifying as asexual would represent more than 1% of the research sample. Similarly, this method can help promote a better understanding of the health and lived experiences of gender diverse populations.

“We may only end up with 10% of our sample who represent gender-diverse populations. But, collectively, over time if researchers start to do this more intentionally, and we combine those findings, we start to see a story emerging,” Dr. Brotto says. “It’s really about recognizing their experiences and their voices and not eliminating or silencing them.”

A look through the UBC Sexual Health Research Lab website shows that their inclusion criteria varies greatly across studies. Dr. Brotto refers to their research as being on a ‘continuum’, where some studies are specific about genital anatomy; some only require participants to be self-identified women; and some are open to anyone, regardless of gender, sex, or sexual orientation.

“Our research [at the UBC Sexual Health Research Lab] is first and foremost on women’s sexual health, and we’re not ready to abandon that in the same way that WHRI and BC Women’s Hospital are not ready to abandon the ‘W’,” Dr. Brotto explains. To guide decisions about where it’s appropriate to expand inclusion criteria, she suggests going back to the study’s aims and methodology and considering how sex and gender actually fit within them.

“Sometimes inclusion/exclusion criteria have to map directly onto the research question and measures and instrumentation that we have,” she explains, referencing some of her lab’s studies that look at sexual psychophysiological response as a main outcome. In those cases, genital anatomy is an important criterion, as a vaginal photoplethysmograph can only be used with individuals who have a vagina. But, for studies where anatomy is not important, Dr. Brotto emphasizes that they have taken measures to ensure that criteria are as inclusive as possible.

To facilitate a more inclusive approach to research, Dr. Brotto also looks to a community advisory board for input. The group was initially formed in response to online criticism toward her lab’s binary approach to research on asexuality. She recognized this as an opportunity for a collaborative solution, and invited some of the people who spoke out to join her team.

“I don’t know that there is a suitable replacement [to an advisory board] when you want to understand the experiences of that group,” she says. “There are always ways to seek input from those representatives.”

If you are stuck wondering how to form an advisory board, Dr. Brotto suggests reaching out to your academic societies. For example, the Canadian Psychological Association has a section dedicated to LGBTQ Psychology and Practice in Canada, which could be a great starting point for advice and resources for researchers in that field. The BC Support Unit can also be a wonderful resource.

Working toward inclusive research means interrogating every step of the research process, from study design and recruitment, through to knowledge dissemination and implementation. Dr. Brotto suggests that research institutes – like WHRI – could work to develop a registry of people who might be able to work on advisory boards to help guide some of these decisions.

“I could take it a step further and say that the onus should be on our funding bodies…I’d love to see CIHR start to require – where possible, and where appropriate – steps toward oversampling, for example. And I’d like to see journal editors similarly prioritizing the papers that do that, and no longer rejecting papers because they have a large sample of cis people and only five non-cis people…It’s not okay. It’s unethical.

“We’ve got a long way to go, but if it is enforced by some of those sources – like where we publish, like where we get money from – then maybe researchers will start to take it a bit more seriously.”