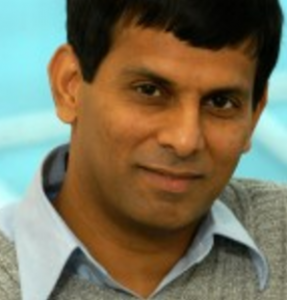 K.S. Joseph MD, PhD is a Professor in the Departments of Obstetrics and Gynaecology and the School of Population and Public Health, University of British Columbia and the Children’s and Women’s Hospital and Health Centre of British Columbia, Vancouver, Canada. His work is supported by an Investigator Award from the BC Children’s Hospital Research Institute and by a Chair award from the Canadian Institutes of Health Research (2012-2017). He is a member of the Scientific Advisory Committee of the Women’s Health Research Institute, Vancouver. Dr. Joseph received his MBBS and MD (Community Medicine) degrees from Christian Medical College, Vellore, India, and a PhD in Epidemiology and Biostatistics from McGill University, Montreal, Canada. In 2014, he received the Greg Alexander Award for Advancing Knowledge sponsored by the US-based Coalition for Excellence in Maternal and Child Health Epidemiology. In May 2018, he and his co-authors received the Harold A. Kaminetzky Prize for the best article in the Green Journal by non‐U.S. researchers (Joseph KS, Lisonkova S, Muraca GM, Razaz N, Sabr Y, Mehrabadi A, Schisterman EF. Factors Underlying the Temporal Increase in Maternal Mortality in the United States. Obstet Gynecol 2017;129:91-100).