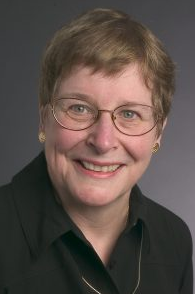 Dr. Joanne Douglas is a Clinical Professor Emeritus in the Department of Anesthesiology, Pharmacology and Therapeutics at UBC. She joined the staff of BC Women’s in 1982 (then the Grace Hospital), having moved over from Vancouver General Hospital. In addition to her clinical duties at BCWH she conducted clinical research and much of that research resulted in current clinical practice. She became Head of the Department of Anesthesia at BCWH in 1991, a role that continued until 2002 when she took a year’s sabbatical to become a Visiting Professor at the University of Toronto. She retired from Clinical Practice in 2008 but continued to be involved with research until 2013. Throughout her career she has worked closely with obstetric and neonatal colleagues in developing Guidelines to improve obstetric care in Canada.
Currently, she continues to act as mentor for obstetric anesthesia fellows at BC Women’s Hospital and as a tutor for medical students at UBC. She writes a monthly Newsletter on the latest in published Obstetric anesthesia research which is distributed to over 205 obstetric anesthesiologists throughout the world She has co-edited three text books, has written 37 chapters in obstetric anesthesia texts, has over 100 peer-reviewed publications and has been an invited speaker to conferences around the world. Dr. Douglas has received the Canadian Anesthesiologists’ Society (CAS) Gold Medal and the Distinguished Service Medal from the Society for Obstetric Anesthesia and Perinatology (SOAP). She is the North American editor for the International Journal of Obstetric Anesthesia. She currently sits on the Legacy Committee of SOAP and the Archives and Artifacts Committee of the CAS. Her most recent honor is the Order of Canada.