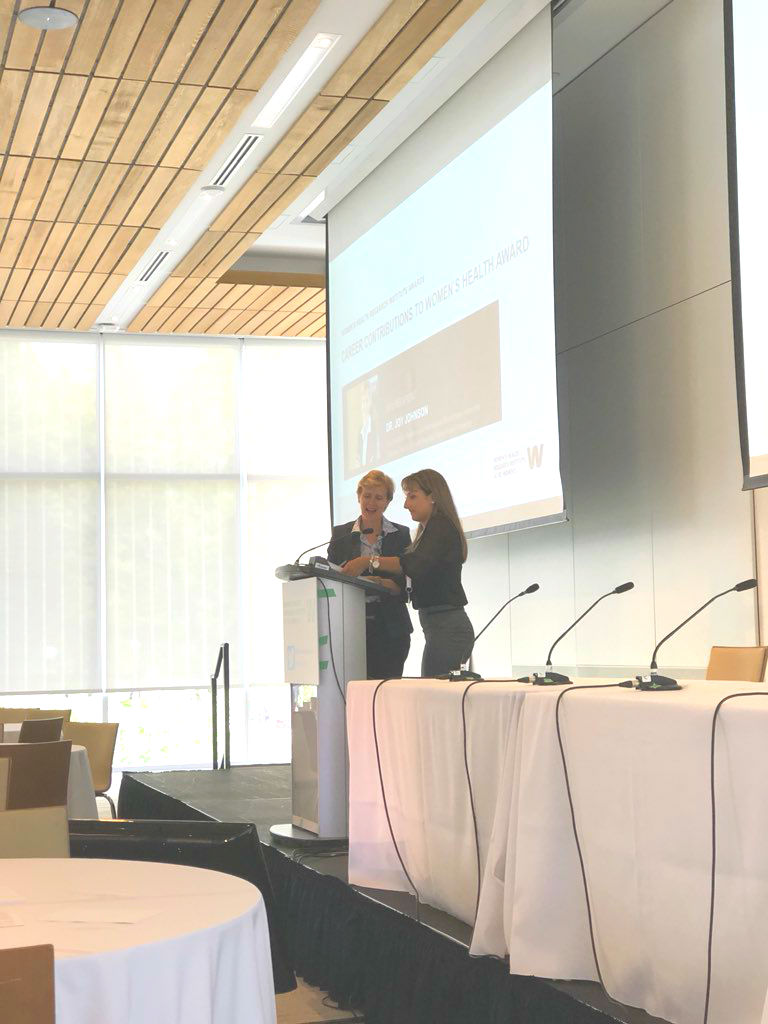 The Women’s Health Research Institute is excited to announce that on May 9th, 2018 the second annual Career Contribution to Women’s Health Research Award was awarded to Dr. Joy Johnson, SFU Vice President, Research.  This award is given annually to a British Columbian researcher who has made an outstanding and exemplary contribution to women’s health research in the province and globally during their career.

The award was presented at the Third Annual Women’s Health Research Symposium, where Dr. Johnson delivered a spotlight talk highlighting the importance of considering sex and gender diversity in research. Among her many accomplishments Dr. Johnson has acted as Scientific Director of the CIHR Institute of Gender and Health, where she helped shape multiple initiatives including the development of a sex and gender training curriculum.  She was one of the driving forces behind the establishment of WHRI, and was recognized in 2010 as one of British Columbia’s 100 Women of Excellence.

In Dr. Johnson’s current role at SFU she helps to promote and support research across disciplines, and offer guidance for policy at both university and government levels.